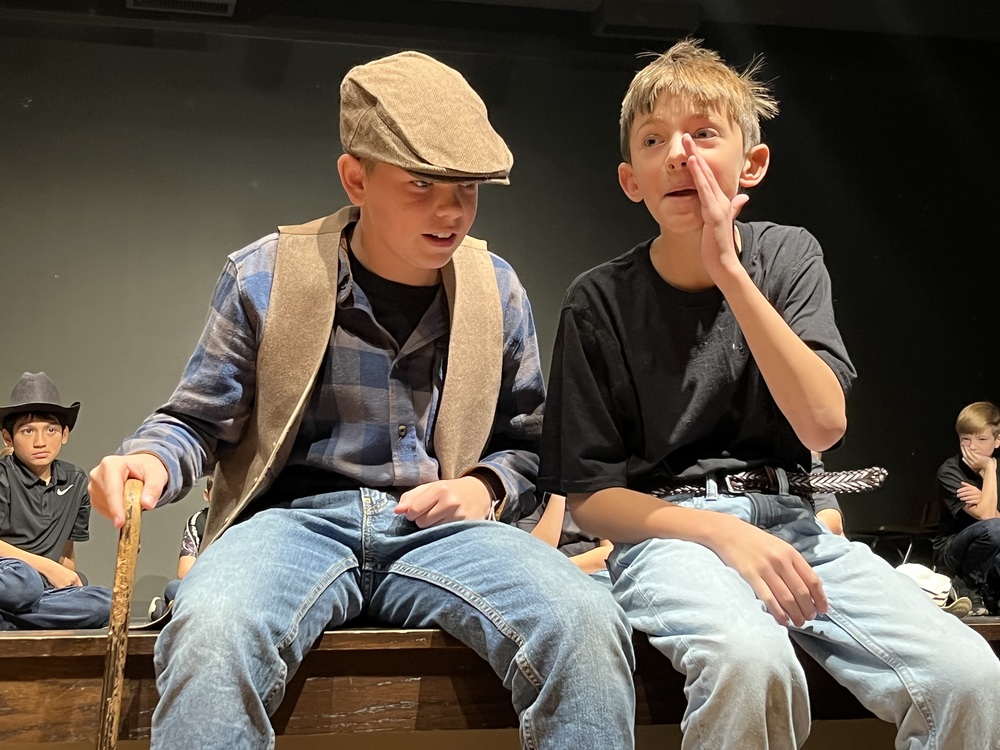 St. Joseph Middle School's first production spawned by its recently established Drama Enrichment Program was performed last week. "Before the Sidewalk Ends" is an adaptation of a children's poetry collection entitled "Where the Sidewalk Ends" published in the 1970s by writer/illustrator Shel Silverstein. Fourth grade teacher Cara Pizzolatto came up with the idea for the show. Silverstein's poems speak to the important theme of growing up. He wrote about the differences between the adult world and the mind of a child.
The school's drama program is open to 5th and 6th graders but has limited funding. "I needed a play with a short script, that had enough parts for 18 students, and didn't require elaborate costumes or scene transitions," Ms. Pizzolatto said. She first thought she'd have the students perform Silverstein's poems as a series of skits. An online search for an already existing script followed. That led her to the WYO Theater in Sheridan, Wyoming. Its lead teaching artist, Grace Cannon, had worked with middle school students there who'd performed a play like the one Ms. Pizzolatto had in mind. "I reached out to her," she said. "She graciously responded with the actual script she'd written. It was exactly as I'd envisioned." Ms. Cannon also included a video of that performance. Seeing how those students had brought Silverstein's poems to life was a big inspiration for St. Joseph's play.

Cohen Harrower and Jack Piraino are seen above in a scene called "The Little Boy and the Old Man."