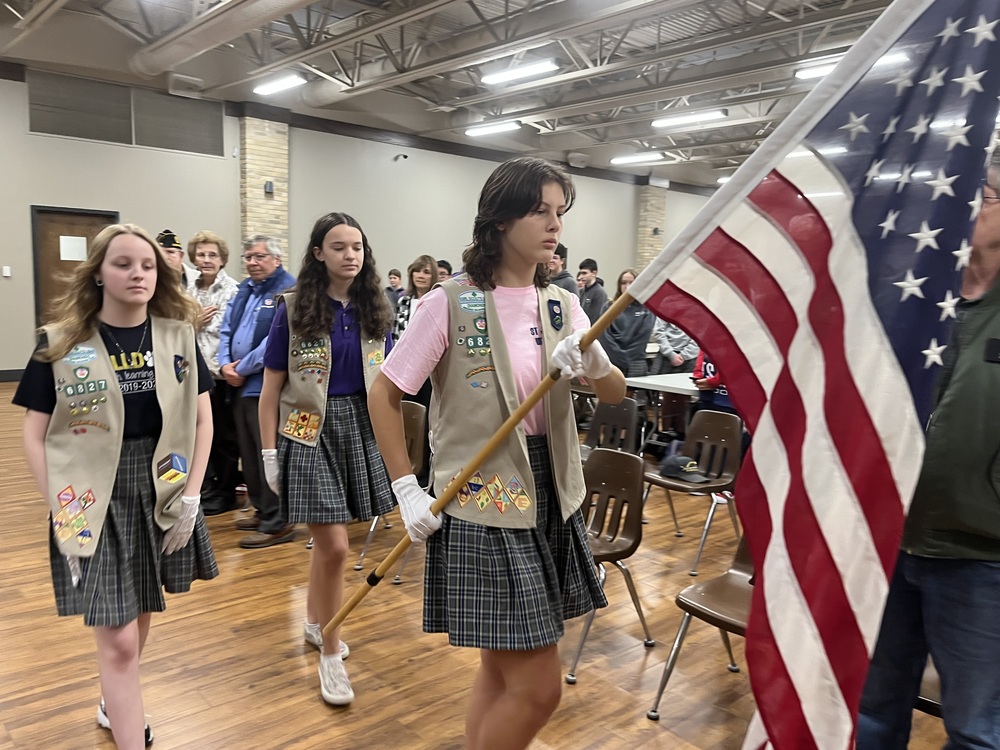 The St. Joseph High School Interact Club, with assistance from the Conway Noon Rotary Club and the school's FCCLA Club, led a Veterans Day ceremony on November 11. It was attended by high school students and faculty along with several veterans from within St. Joseph Parish.
Interact Club members read prayers and reflections on how veterans have protected our nations' freedoms for decades while often sacrificing their own lives in the process. Flag bearers from St. Joseph Girl Scout Troop 6827 presented the colors and led those assembled in the Pledge of Allegiance. The school band played the National Anthem and service songs representing the U.S. Army, Navy, Marines, Air Force and Coast Guard.
Anthony Fillippino, the Associate Director of UCA's HPER Center and an Arkansas Army National Guard Major with the 39th Infantry Brigade Combat Team, addressed the crowd. "It is important to remember there's less than two per cent of the American population currently serving in all branches of the military," he said. "Who would not want to be part of such a distinguished group? Duty, honor, and country."
A reception followed with refreshments provided by FCCLA students and St. Joseph Food Services Director Jeff Crowder.