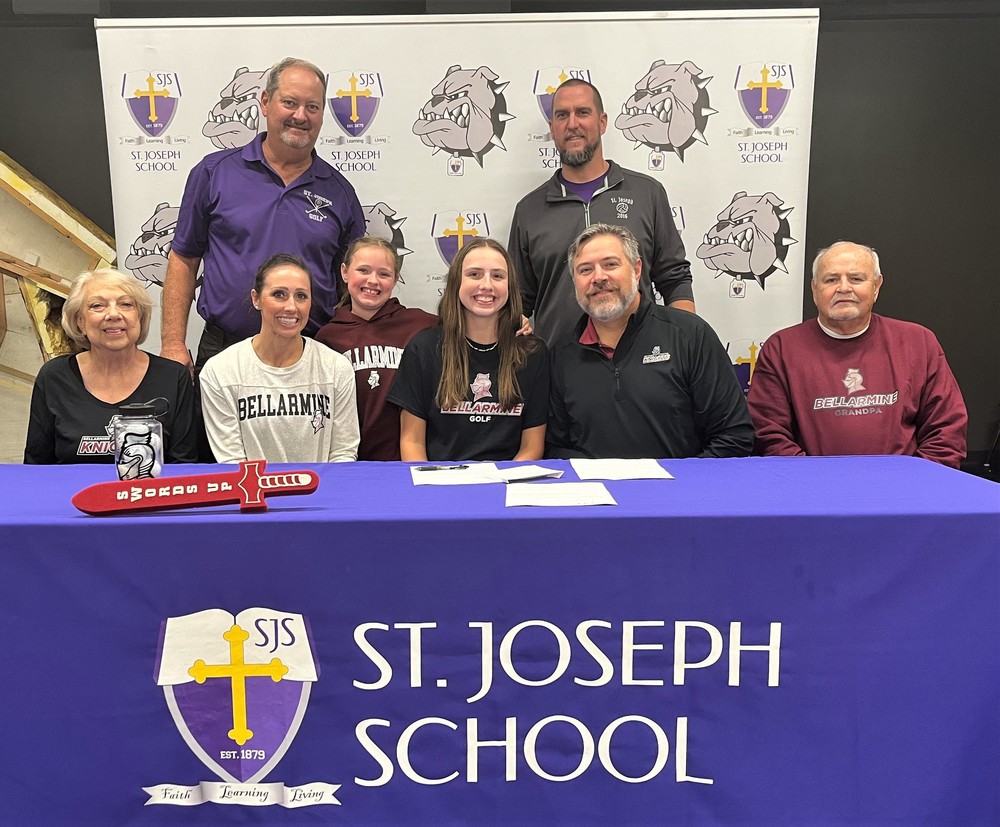 St. Joseph High School senior Presli Webb had an official signing day at the school on November 9 expressing her intent to accept a golf scholarship from Bellarmine University in Louisville, Kentucky. That university's athletes are called The Knights.   Presli has been a stand-out player on her team and helped lead it to the 2A State Championship last month. She also finished in 5th Place out of the 17 girls who competed in the Girls State Overall Championship held October 13th.   Only a small percentage of high school athletes go on to play college sports ,and Presli is the first female from St. Joseph to sign with a Division One school. She was joined at the event by her family and coaches.

Seated left to right are- Grandmother Judy Webb, her mother, Lori Webb, her sister, Parker Webb, Presli, her father, David Webb, and her grandfather, Gary Webb. In back (left) are Head Golf Coach Mike Prall  and St. Joseph Athletic Director, Luke Davis, who has also been her volleyball coach.