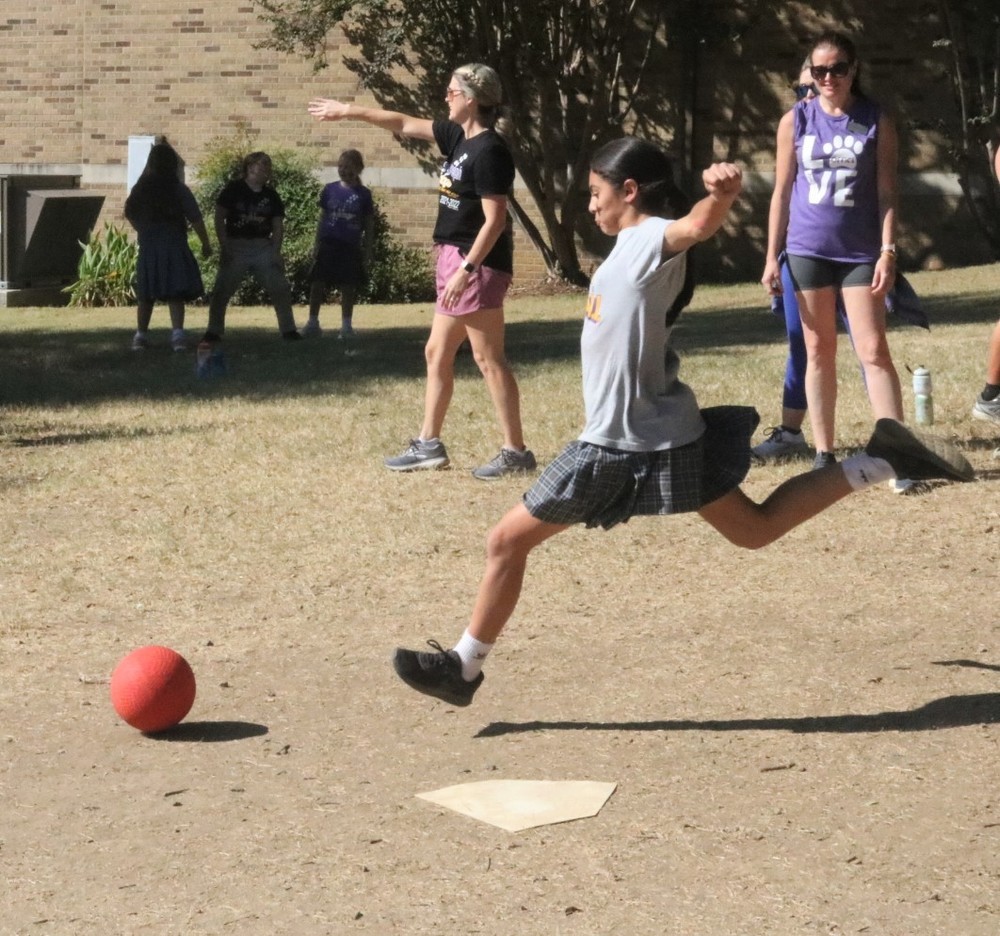 St Joseph Middle School students were rewarded for all their hard work during the first nine weeks of school with a Kickball Tournament held October 14. It was organized by P.E. Teacher Brent Bruich.
The first round of the tournament had each of the two fourth, fifth and sixth grade classes playing against each other. Ms. Cara Pizzolatto's 4th graders, Ms. Jessica Weakley's 5th graders, and Ms. Jennifer Fullerton's 6th graders advanced to the second round.
Ms Weakley's team went on to defeat the other two and compete in the grand finale against the middle school teachers. They were helped by some staffers and high school students. The latter group prevailed.

"It was an exciting day," Bruich said. "Fun was had by all." He also thanked Mr. Gary McVay for helping umpire the games. Sixth grader Edith Ramirez is seen above putting everything into her kick.