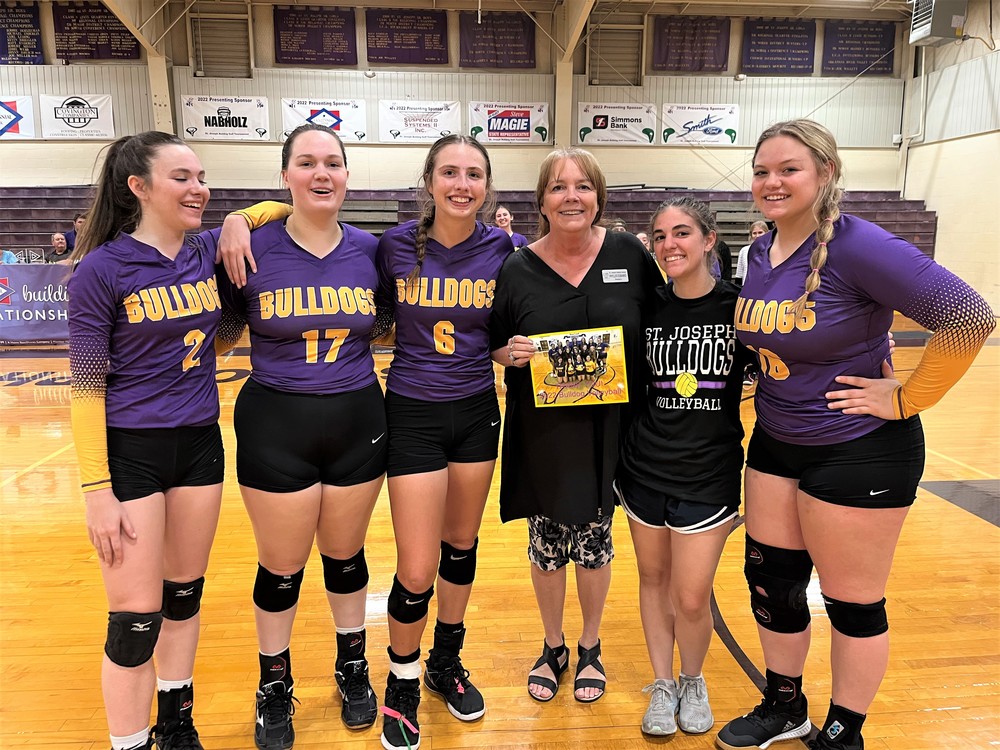 St. Joseph High School's varsity volleyball team played its last home game of the season October 11 against Cotter. The Lady Bulldogs defeated the Warriors in three sets 25-3, 25-18 and 25-18. On the previous day, they'd gone to Jacksonville High School (a 5A school) to play the Titans. St. Joseph's girls were also victorious there in five sets. Their last match will be at Alpena on October 13th before entering the District Tournament next week at Marshall as Conference Champions.