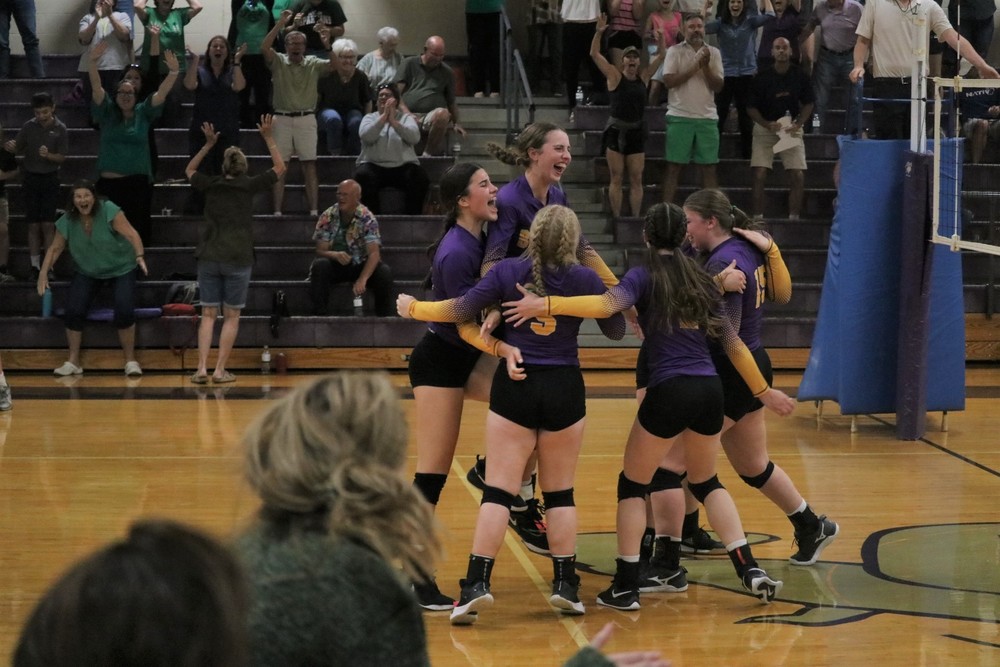 It was a battle royal between the St. Joseph Bulldogs and the Conway Christian Eagles volleyball teams Thursday night on St. Joseph's home court. It took five sets with multiple ties in the last one until the Bulldogs finally broke the deadlock. The scores were 22-25, 26-24, 16-25, 25-13 and 27-25. The last set would have normally taken only 15 points to win, but neither team was going to allow the other to stop there.
In earlier games, St. Joseph's J.V. team took two sets while Conway Christian's Junior High squad took two. The Bulldog's last home game of the season will be October 11 with the Cotter Warriors and then there's one more on the road at Alpena on the 13th before the District Tournament starts October 17 at Marshall.