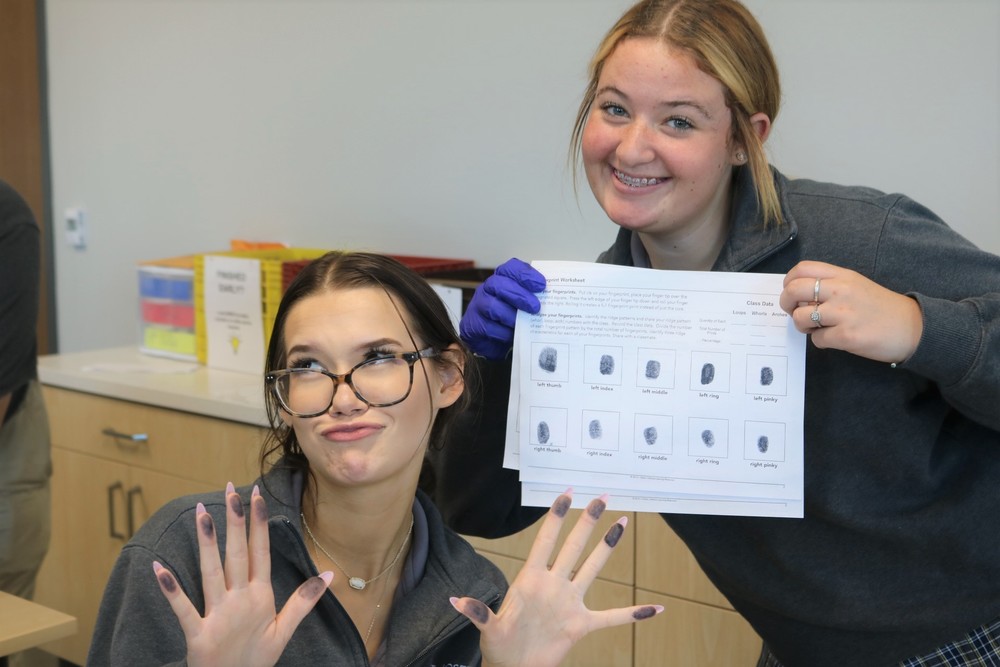 St. Joseph School's Forensic Science class has been studying fingerprinting. "An important part of forensic investigations is collecting evidence," teacher Angela Collins said. "One of the strongest types of evidence is fingerprinting."
The students practiced on themselves, but as they improved they moved on to fingerprint other students. Each one placed all their fingers on an ink pad. Then they rolled them, left to right, making sure the ink covered the tip to the first knuckle of each one. The prints were then documented by placing each finger on a recording sheet in the same manner. All fingerprints are different and each person has unique ones. "We're always told that no fingerprints are exactly the same," Marleigh Thessing said. "It was really cool to see that firsthand." Ms. Collins also noted that fingerprints are fully formed on unborn children by the time of their mother's seventh month of pregnancy.