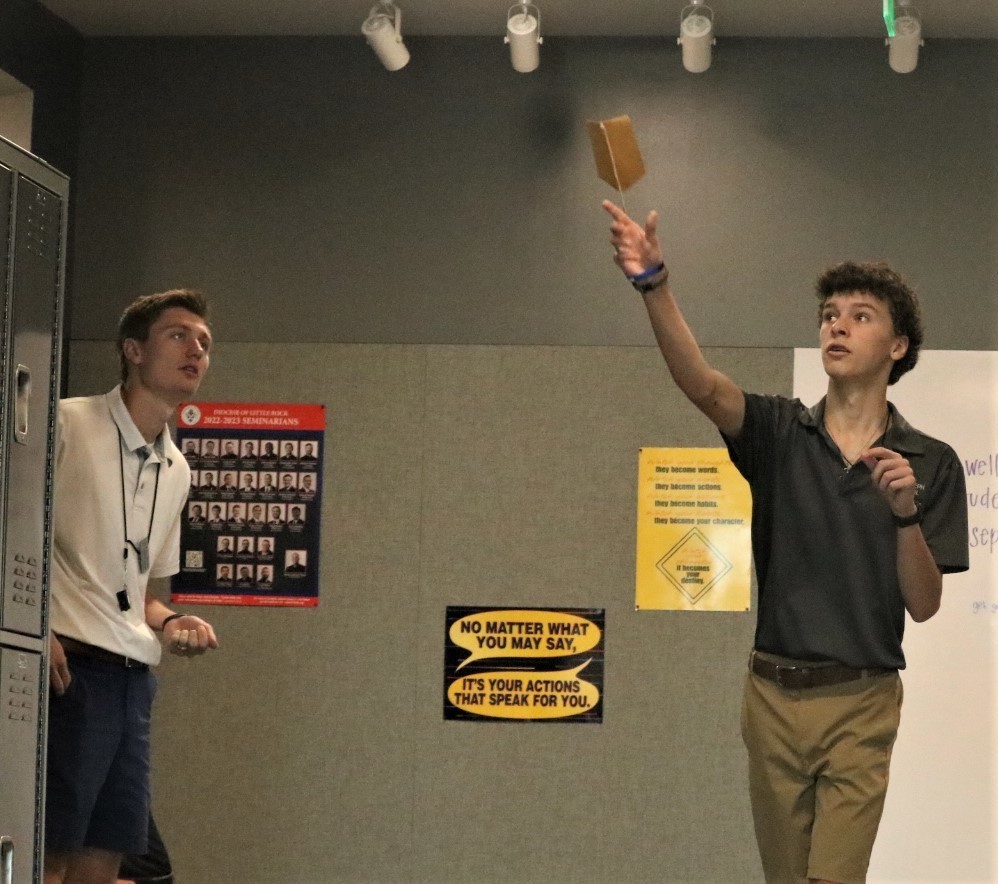 Coach Chandler Stanek's 9th grade Physical Science students recently made paper airplanes. This wasn't idle play on the students' part. It was an actual aerodynamic experiment to test the speed, distance, and accuracy of each plane. The class had one period to design three planes which were mostly made out of construction paper. "The students would throw the planes and I'd time each flight with a stopwatch," Coach Stanek said. "Then we measured out the distance in meters."
The forces of thrust, drag, lift, and gravity all affect how paper airplanes fly. After each flight, Coach Stanek's students added paper clips to their planes. When placed in the nose of a plane, the clips add mass which allow them to fly faster and farther. However, if too much mass is added, the wings can't hold a plane in the air.
The team of Aden Fuller and Vince Porcaro won with their plane. Aden threw it 15 meters at a speed of 7.4 meters per second. Aden is seen her launching his plane.