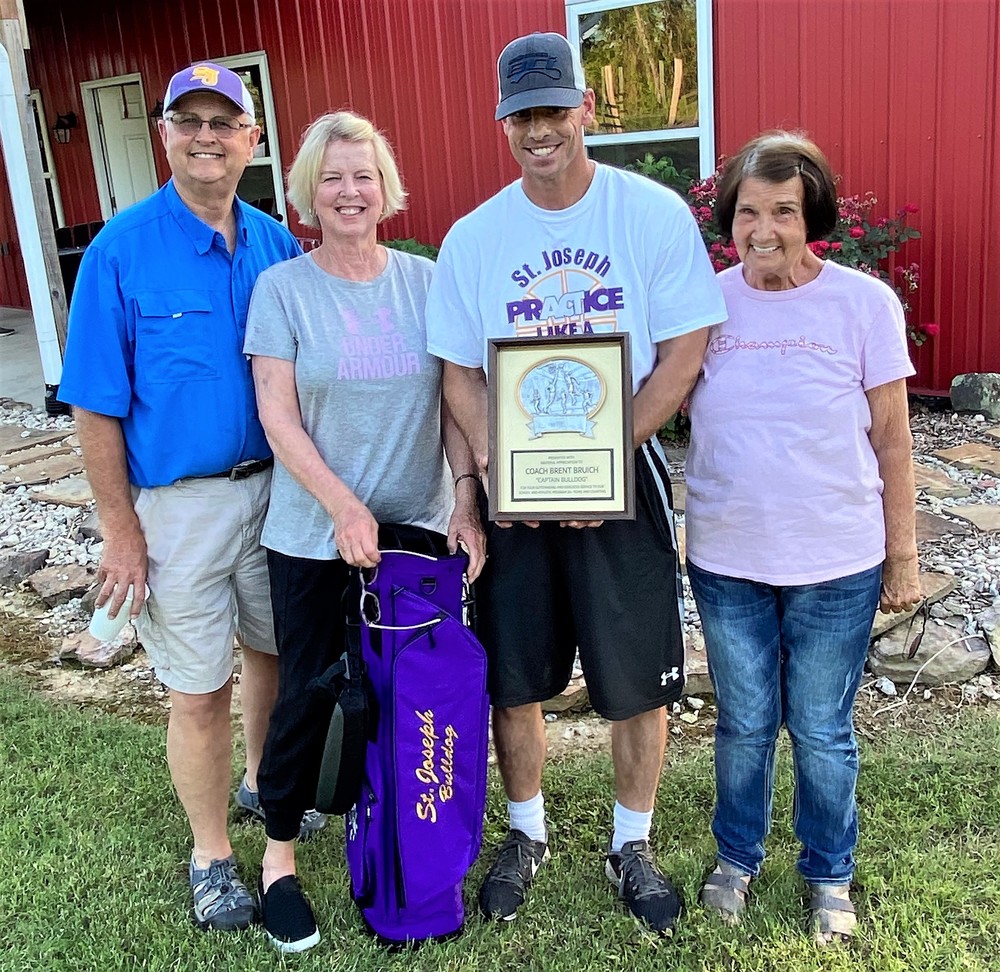 Brent Bruich, who's been coaching boys basketball at St. Joseph School for 26 years and who served as its Athletic Director for six of them, is transitioning to become the school's new physical education teacher for its elementary and middle school campuses.
To honor Coach Bruich's accomplishments, which include more than 400 wins, multiple Conference, District, and Regional Championships and Runner-Up titles, he was recognized at a baseball and softball blitzball game held May 31 at the home of volleyball and baseball coach Luke Davis.
Coach Bruich was presented a plaque, a St. Joseph golf bag, and an Academy Sports gift card. The plaque references his role as "Captain Bulldog," a kind of caped superhero he played who'd descend out of hiding in the gym and then race around it to amp up the crowd. He's seen here with his mother, Sue Bruich, and close friends Steve and Loretta Scherrey.