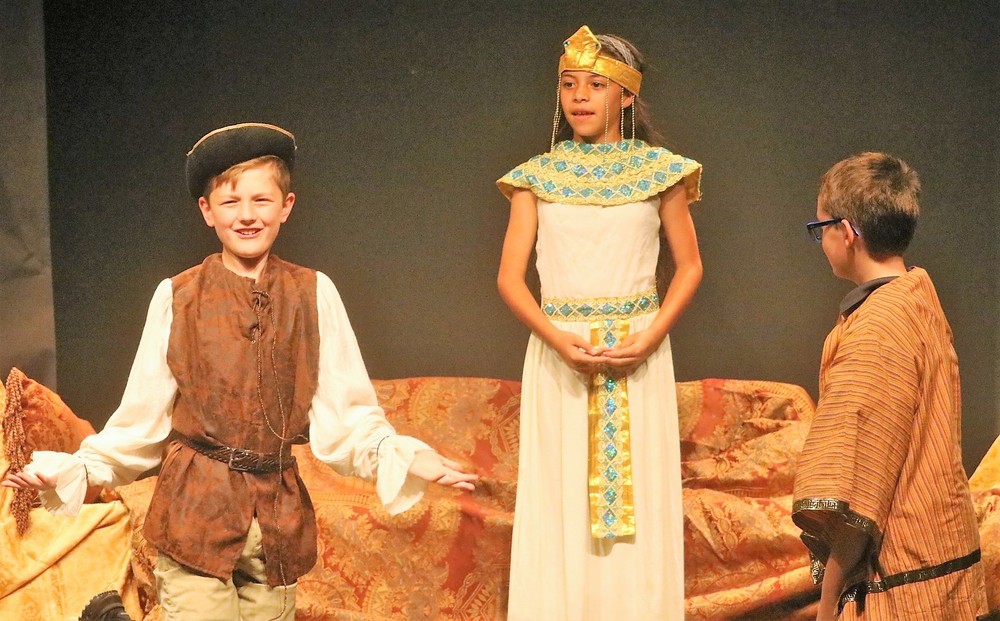 Fourth graders at St. Joseph Middle School performed a play on May 17 for fellow students and parents. "Ranita the Frog Princess" was adapted from a story in their literature books about a young princess' refusal to help an elderly woman. It resulted in the princess being cursed to live like a frog for many years. In a search to break the old woman's spell, the princess meets a viceroy who needs her help. In exchange for it, he makes a false promise to her that he never intends to keep. .
The play was presented twice in succession by Ms. Nicole Gooch's and Ms. Cara Pizzolatto's classes with separate casts to allow for maximum participation. The attached photo shows Sophia Ramirez as Ranita, The Mayan Princess, alongside Drew Nabholz as Felipe and Cameron Gooch as Pepe.