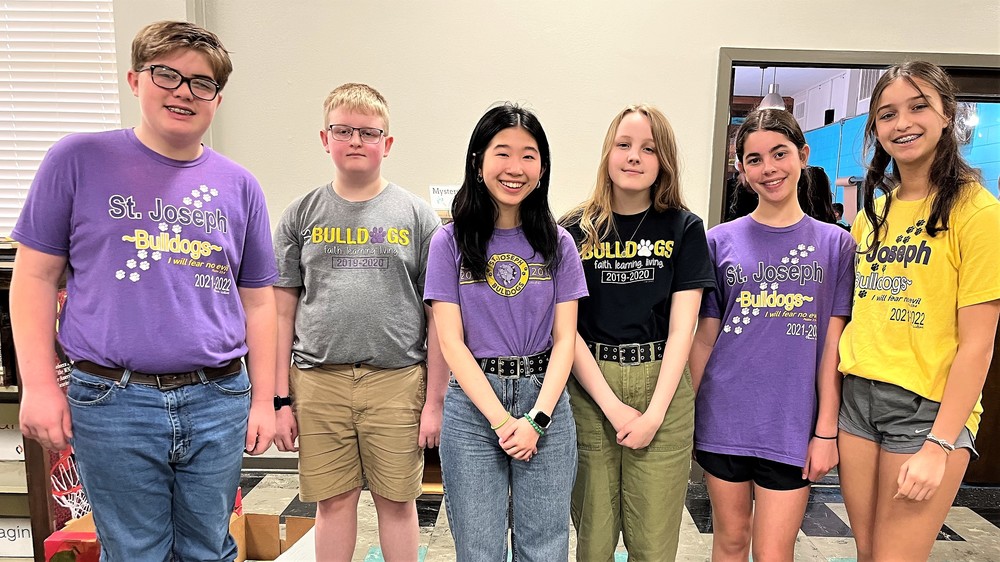 Six of our junior high students took part in a special Quiz Bowl tournament held here at St. Joseph High School on April 30th. It involved seven Catholic schools from around the state.
Max Gilbert, Aiden Fornash, Angel Tran, Isabella Simon, Avery Cooper and Emily Nabholz won all three of their competitions in the morning rounds with Trinity Catholic Junior High in Fort Smith, St. Joseph Catholic School in Fayetteville, and Immaculate Heart of Mary in North Little Rock.Trinity entered three separate teams and St. Joseph, Fayetteville had two. Our team won over Trinity 3, but we were eliminated in the afternoon rounds by another one of Trinity's teams. Christ the King from Little Rock was the overall winner. Our team averaged 243 points per round.
"We did fantastic," Coach Karen Davis said. "They only had two weeks of practice but were awesome."