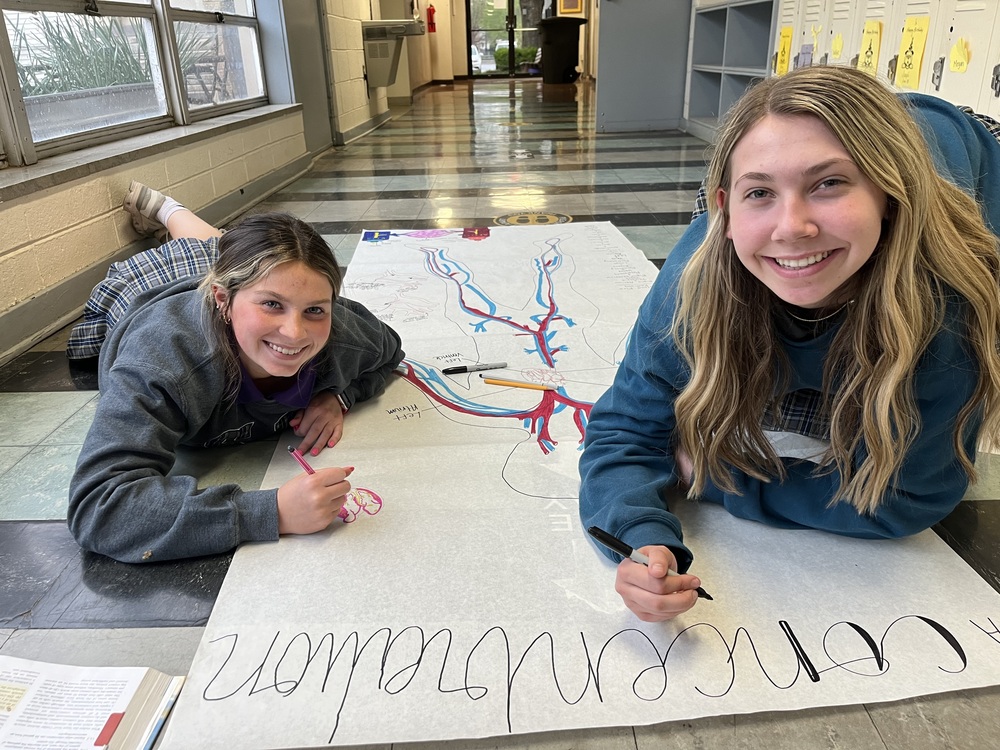 Students in Ms. Angela Collins' anatomy class at St. Joseph High School recently completed an extensive project of mapping the human circulatory system. The class was divided into groups which were responsible for sketching the system within the outlines drawn of their own bodies.
As each part of the system was studied they were added to their drawings. The project started with the heart and its four chambers followed by the veins and arteries. Each partner was responsible for one or the other. The focus then shifted to the microanatomy of the veins and arteries as well as the capillaries. "Their ultimate goal was to trace the pathway of blood through the body," Ms. Collins said. "My students also came to understand what happens at each stage such as gas and nutrient exchanges."

Presley Harmon and Ashleigh Mallett teamed up to map the circulatory system.