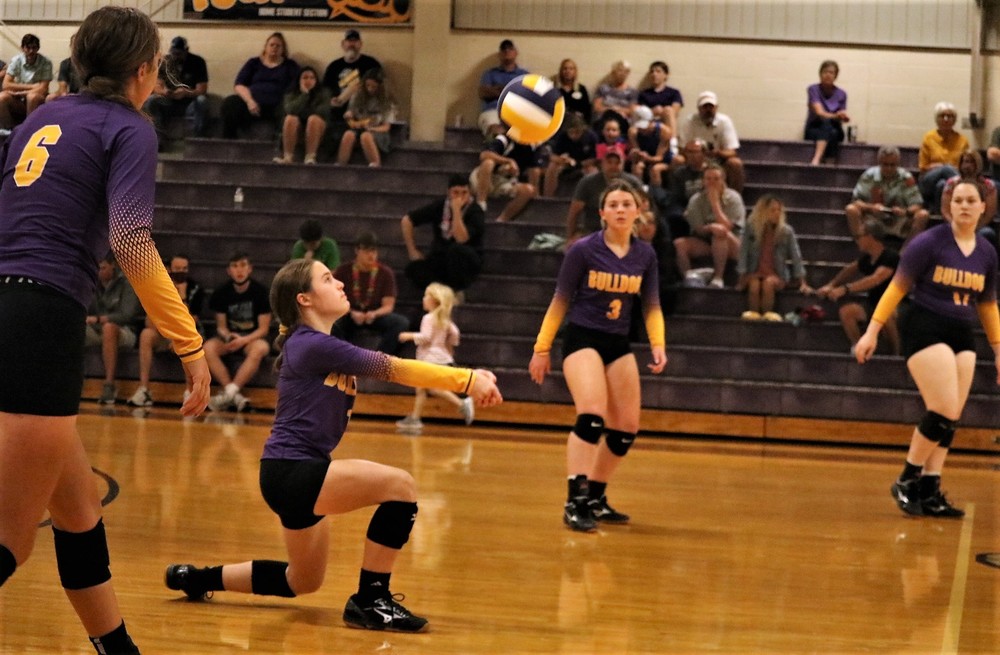 Our Varsity Volleyball Team played the Clinton Yellowjackets Thursday night at the Family Activities Center. It was their last home game of the regular season and they won three sets to one. The team now moves on to the 2A Central District Tournament to be played here October 18-21. The girls enter the tournament with an overall record of 23-4 and 5-1 in Conference. They're scheduled to play on Tuesday, October 19 against the winner of the Cutter Morning Star/ England game played Monday. They'll play again Thursday with the time being determined by the outcome of Tuesday's game.