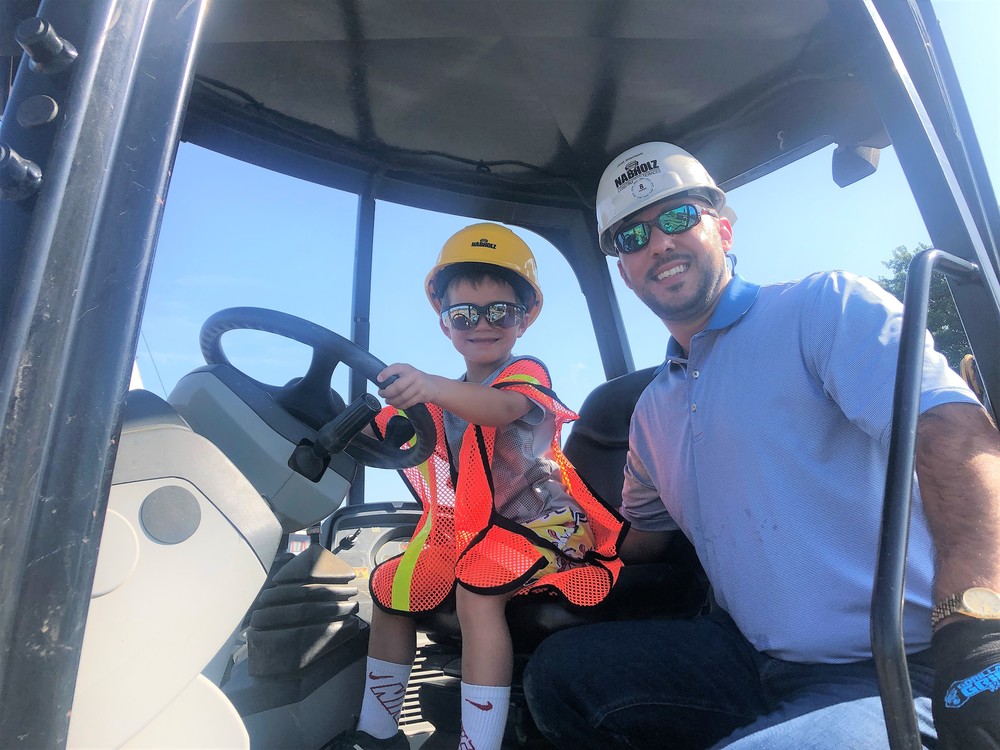 St. Joseph School's After School Program, headed by Ms. Laura Hiegel-Williams, is sponsoring a summer camp for five to 12 year-old children which began earlier this summer and ends on August 6th. Up to 90 kids are involved each day.
A variety of activities are being offered. On July 15, Nabholz Construction, which is currently building the new high school, gave the participants a chance to learn about some of the heavy equipment being used. With professional guidance, each child was briefly allowed to sit at the controls of a machine and pull a lever or two. They were treated afterwards to Kona Ice snow cones.
Incoming kindergartner Graham Strack is pictured here learning about a backhoe from Nabholz's Joel Blansett. It can reach out 25 feet, which Graham was told is as far a kangaroo can jump. Nabholz Project Manager Brody Richardson demonstrated a mini excavator to incoming first grader Ella Jordan. She learned it can dig a hole 10.5 feet deep which is taller than a polar bear standing on its hind feet. Nabholz's 90-ton crane can reach up to 235 feet. That's as high as 13 giraffes standing on top of each other. Operator Patrick McBride showed incoming sixth grader Lorelei Schluterman what the crane can do. After being out in the hot summer sun, the children were treated to Kona Ice snow cones.