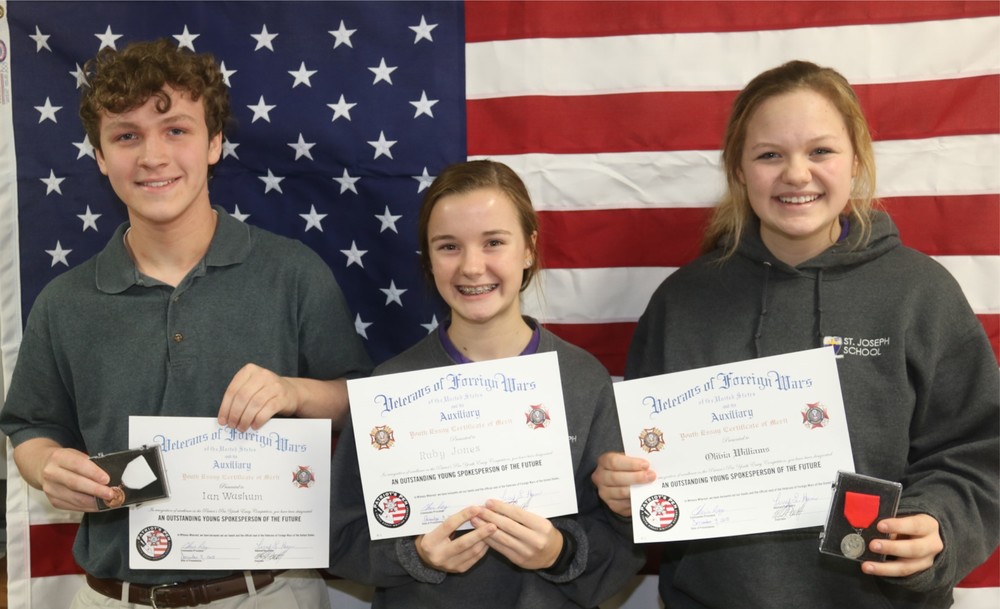 Veterans of Foreign Wars Post 2259 in Conway recently announced the winners of its "Patriot's Pen" essay contest. Junior High students from Faulkner County took part in writing about "Why I Honor the American Flag."  Eighth grader Ruby Jones was the winner at both the local and District level. She's also among the finalists for the State Winner which will be announced at the end of January. Ruby received a $250 cash award for her effort. Two other 8th graders from St. Joseph placed in that contest. Olivia Williams won 4th Place and Ian Washum was named the 5th Place winner.