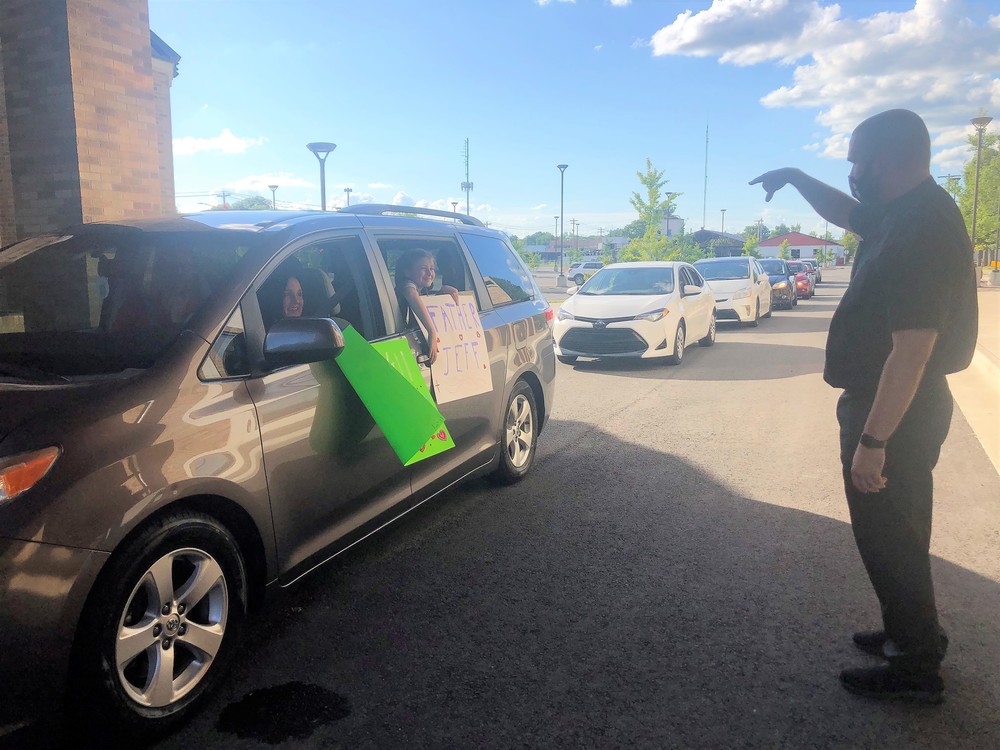 Associate Pastor Father Jeff Hebert said his last Mass in that capacity on July 26. He has left St. Joseph Church to assume his new duties as Prefect, or counselor/role model, for seminarians at the House of Formation in Little Rock.
A luncheon, hosted by Father Tony, Father Chandra and the church staff, was held in Father Jeff's honor on the 24th. After the 5:00 p.m. Mass on Sunday, parishioners told him goodbye either outside the sanctuary or during a drive-by car parade which followed. Middle School Principal Matt Tucker, his wife, Jennifer, and their children are seen among the well-wishers bidding Father Jeff a fond farewell.

Also meant to say that Father Jeff told parishioners at the end of Mass that he's originally from Texas and had moved around a lot between various schools and seminaries. "St. Joseph has been my first real home in a decade," he said. "This is where I really learned how to be a priest, and I'm thankful for all you have taught me."