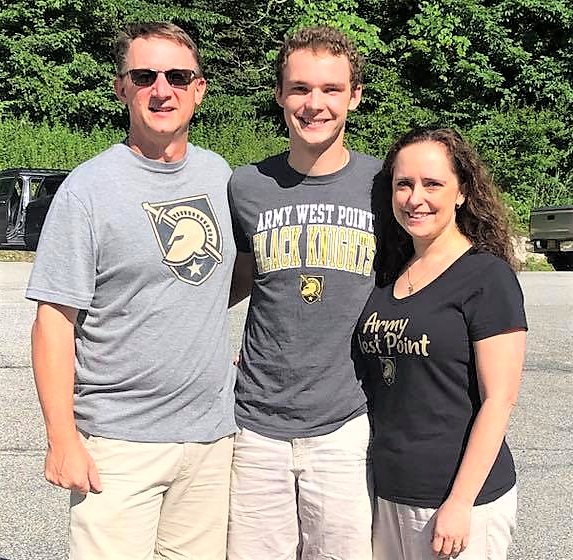 Elijah Bailey, a 2020 graduate of St. Joseph School, began his education and training at the U.S. Military Academy at West Point, NY on July 13. He's seen here with his parents, Steve and Jaime Bailey of Conway, during their arrival.
Bailey received his appointment notification from Congressman French Hill in March. Such appointments are very competitive as West Point only accepts 10 students out of every 100 who apply. Along with being his Senior Class Valedictorian, Bailey was an Honor Graduate, a member of the National Honor Society, a Boys State Delegate, and the male recipient of the school's Father Dellert Award for overall excellence.