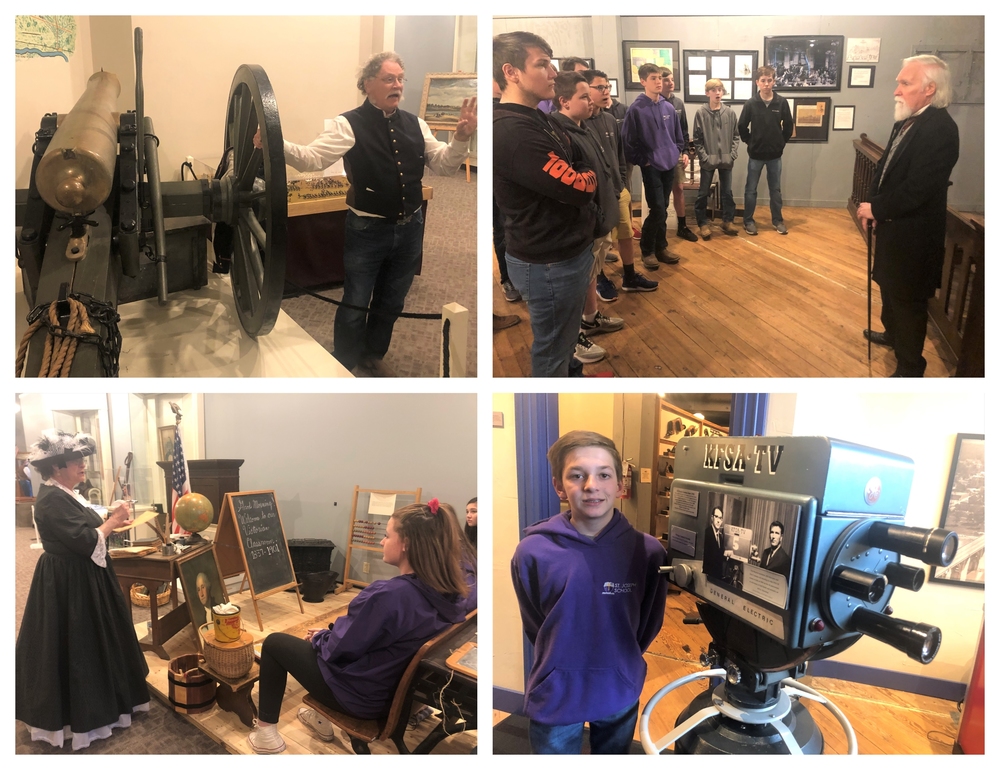 Eighth grade Arkansas History students took a trip back in time on February 25th when they traveled to the Fort Smith Museum of History. It was established in 1910 and is housed in what was the 1906 Atkinson-Williams Hardware storage building.

The Museum is filled on all its floors with such antiquities as classic automobiles, a Civil War cannon, early radio and television equipment, and an old-fashioned drug store and soda fountain. There were also reenactors there who explained what Victorian era education was like, described the intricacies of cannon warfare, and gave first-hand knowledge of Judge Isaac Parker's thoughts on the law and capital punishment.