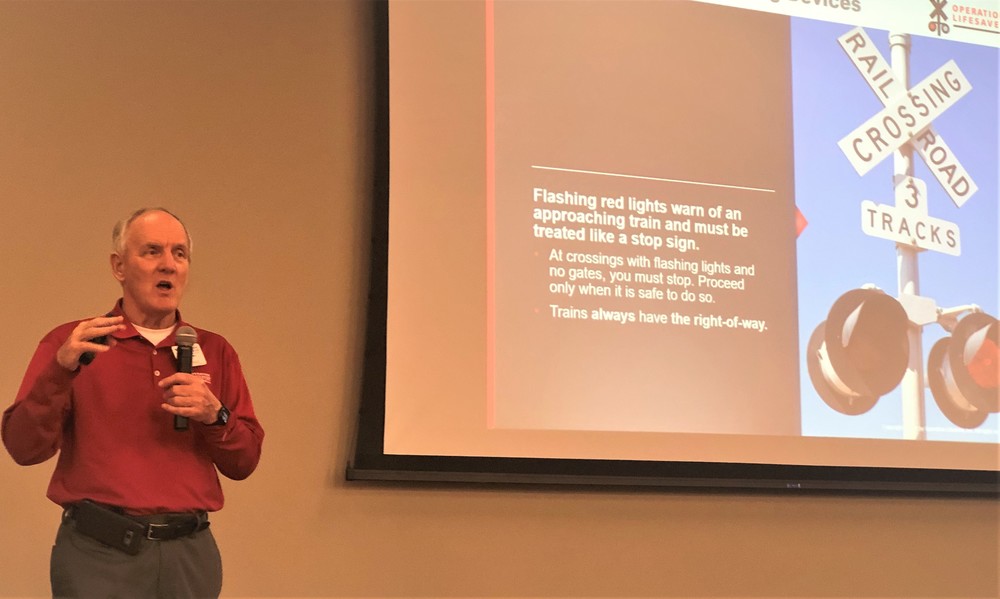 An assembly on railroad safety was held at St. Joseph High School on February 6th. Ron Hale, a retired Union Pacific Railroad employee, was the speaker. He's been a volunteer presenter for "Operation Lifesaver" for 30 years.
A person or vehicle is hit by a train every four hours. Most deaths involving trains are preventable and involve lapses in judgement. "Operation Lifesaver" is a public education program that began in 1972. It operates in all 50 states. Its mission is to prevent deaths and injuries on or near train tracks. With St. Joseph being in close proximity to passing trains it's essential students and employees are aware of them.
There are two crossing gates near the campus. so it's important to know going around them is both illegal and deadly.Trains cannot stop quickly to avoid collisions. "Never try to beat a train," Hale said. "Never top on train tracks, and if your vehicle stalls out on them get out of it immediately." Hale also showed graphic photos of what can happen when such rules are ignored.