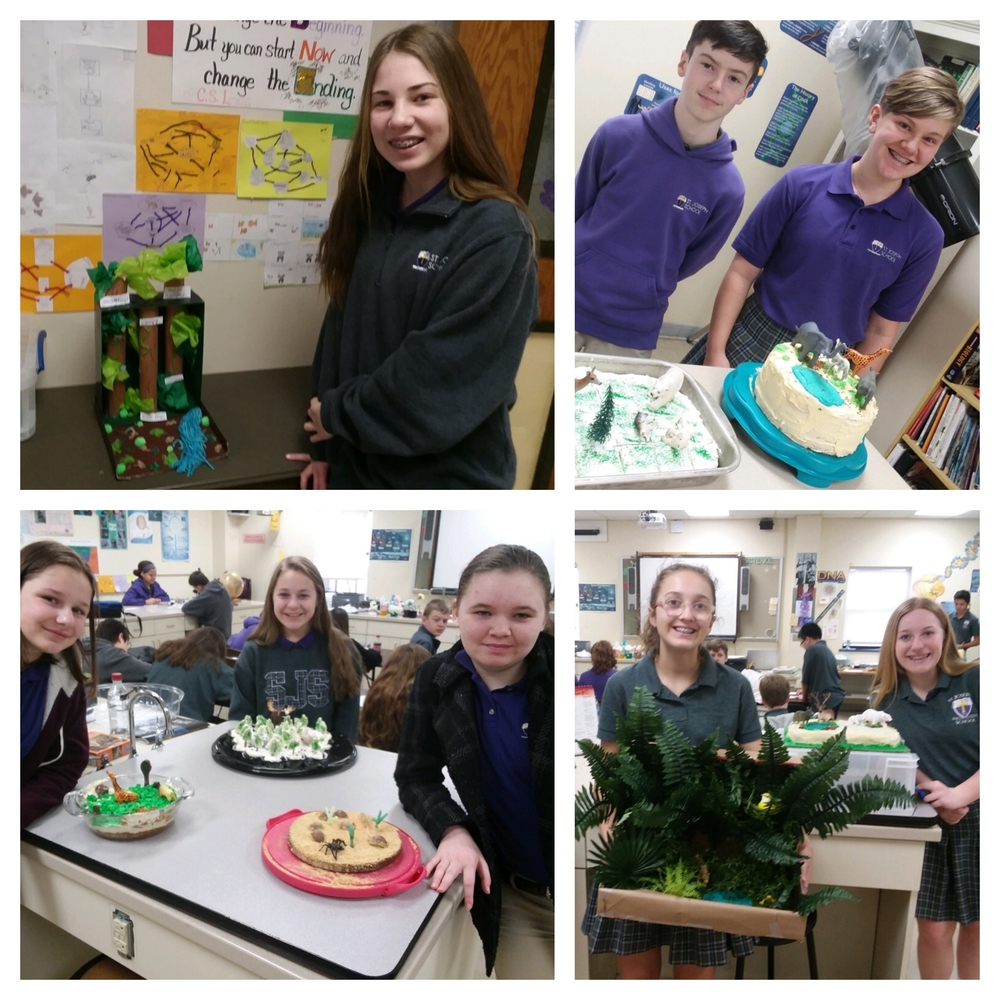 Seventh grade science students in Ms. Jackie Elsinger's class have been studying biomes.These are habitats, such as forests or tundra, that are occupied by a wealth of flora and fauna.
The students created facsimiles of these habitats using some edible materials. Alex Tucker and Ella Crowder baked a cake to model a boreal forest and grasslands. Icing and plastic native animals were added on top. Anne Marie Welter made a cheesecake grassland. Izzie Garrett created a boreal forest biome out of cupcakes. Jadyn Travis made a brownie desert dessert. Ella Rose baked a tundra cake with white frosting for snow., Milk Duds for rocks, and included miniature polar bears and caribou.
Some biomes weren't edible. Laiken Keathley made a tropical rainforest from ferns, vines, and lush plants. Another rainforest was created by Allie Evans. She depicted the different layers of a forest including the emergent layer, the canopy, the understory, and the forest floor. At the end of presentations, the biomes' edible portions were served to the class.