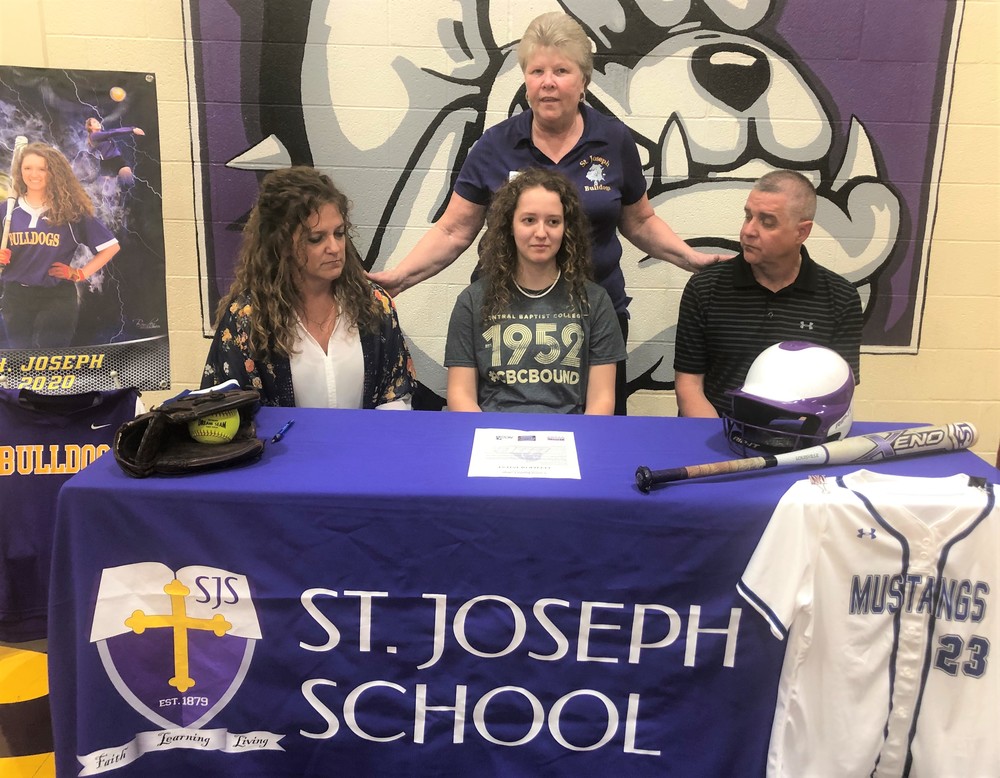 St. Joseph School senior Gracie Keathley has signed a letter of intent to play softball on an athletic scholarship at Central Baptist College in Conway. This was announced at a ceremony held in the school's Family Activities Center on January 15. Her parents, Bill and Tisha Keathley, and her high school coach, Debra Wilhite, were on hand for the signing.

Gracie is a four-year letterman in softball and has been the team's starting pitcher. She was voted its "Best Offensive Player" last season. Gracie has also been a member of the school's volleyball team.