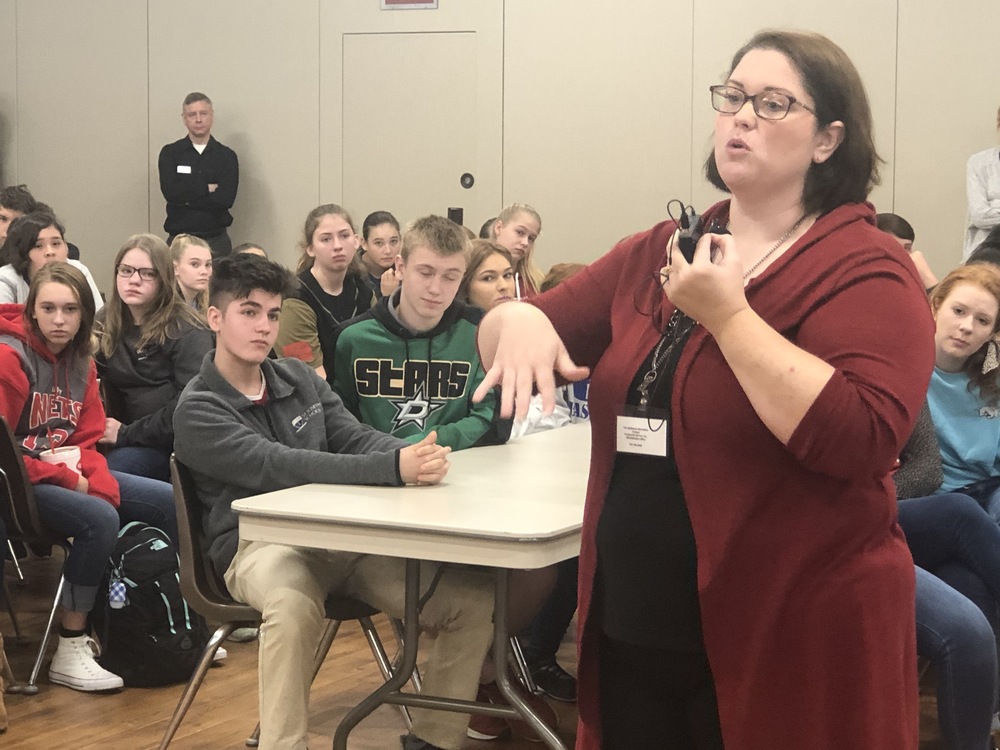 As part of Red Ribbon Week, St. Joseph School invited Faulkner County Tobacco Prevention Specialist Lisa Mahan, who works for Community Services, Inc., to educate 6-12th grade students about the hazards of using e-cigarette and vaping products. When vaping first came on the scene it was touted as a safer alternative to smoking. That was until a wave respiratory diseases were reported over the summer. More than 30 people have died in 24 states from vaping.

The main culprit in these deaths seems to be the black market THC (tetrahydrocannabinol) vaping cartridges which contain the chemical most responsible for marijuana's psychological effects. There have also been more than 1,600 cases of lung injury across the country due to vaping. Ms. Mahan said the tobacco industry is behind vaping. That's because lots of money can be made in the sale of e-cigarettes. One producer, Juul, forecasts its 2019 revenue to be $3.4 billion.

Legacy documents obtained from company files have revealed tobacco executives have been targeting teens and other vulnerable groups for addiction. When one such tobacco executive was asked why he didn't use the products his company makes, it's claimed he said "We don't smoke it. We reserve that right for the young, the poor, the black, and the stupid." Some jarring statistics were also quoted by Ms. Mahan. "It's estimated that seventeen percent of eighth graders have vaped," she said. "And 50 percent of high school seniors are said to have tried it."