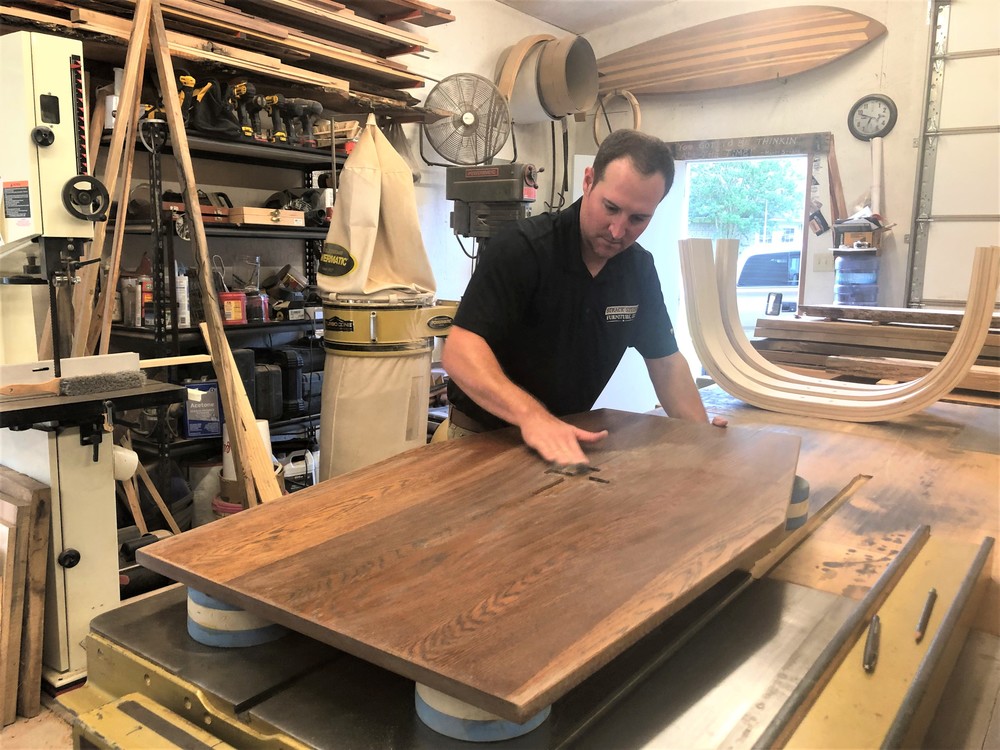 What may be the most talked about item put up for bid at the silent auction being held at this week's St. Joseph School Bazaar is a hand-crafted coffin made by parishioner Lucas Strack.  He's made it out of vintage church pews and remnants of a pecan tree which once stood behind our church's old rectory.

Lucas is a 2002 graduate of St. Joseph High School and later studied architecture at the University of Arkansas where he earned his degree in 2006. He also received training in furniture making at U.A.L.R. Lucas is a partner in the firm of H&N Architects, PLLC in Conway, but also owns Strack Studio Furniture. He's operated it as a sideline business for over five years.

Before Lucas began building the coffin, he went to Subiaco Abbey and observed how the Benedictine monks residing there make their coffins. He essentially followed their blueprints.