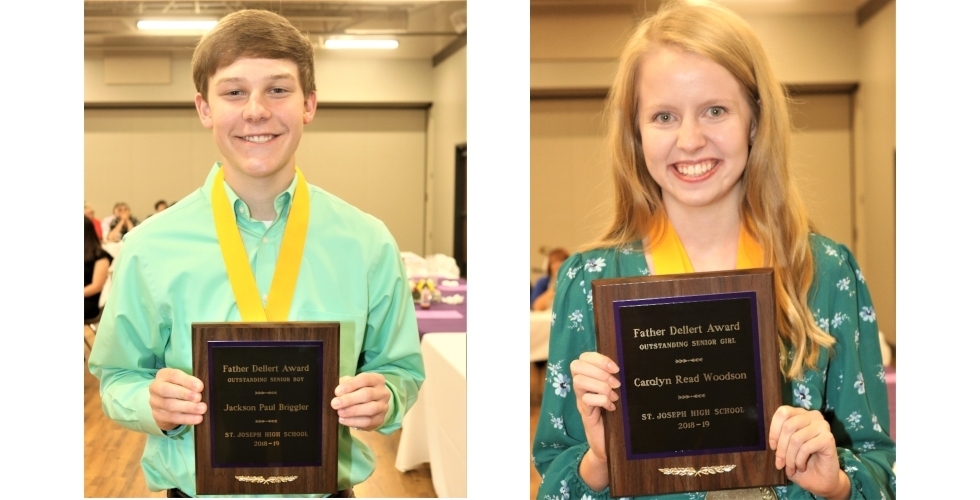 St. Joseph's Junior/Senior Banquet was held in the Spiritan Center May 15. Many graduating seniors received a variety of college scholarships and academic awards from their high school teachers.

The Father Dellert Award is the highest honor a senior boy or girl can be given at our school. It's named after Father Sylvester Dellert who was pastor of St. Joseph Church from 1955-69. It goes to the two seniors who best exemplify their school, community and faith.

Jack Briggler, the son of Mark and Michelle Briggler, was one of the recipients. He plans to attend the University of Central Arkansas in the Fall and will enroll in the university's pre-dentistry program. Carolyn Woodson was also given the Father Dellert Award. She's the daughter of Tim and Cindy Woodson and will begin her college studies at Texas A&M University. She plans major in kinesiology.