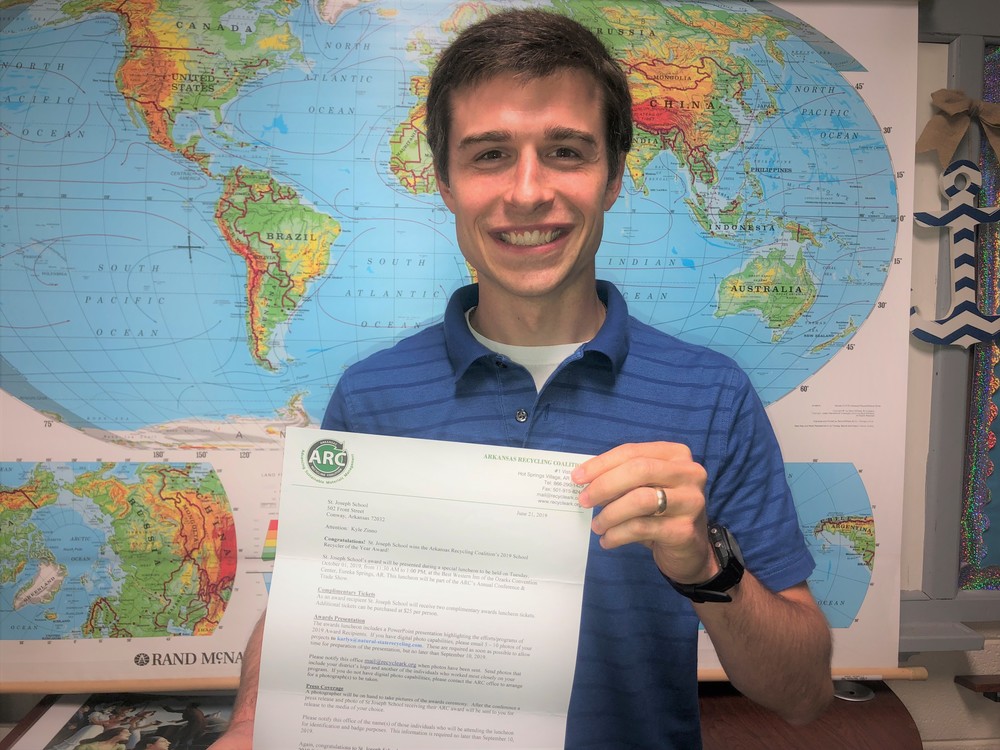 St. Joseph School has been notified by the Arkansas Recycling Coalition (ARC) it has won the Coalition's 2019 School Recycler of the Year Award. Kyle Zinno, a high school history, civics, and economics teacher at St. Joseph, holds the letter he received from ARC Executive Director Cherie O'Mary advising him of this state-wide recognition. The Coalition's decision was largely based on the strength of Zinno's application letter.
St. Joseph students recycle paper, aluminum cans, and cardboard. They go room to room weekly collecting it. There are cardboard storage bins on campus where that material is placed and recycled by Conway's Virco Manufacturing Corporation.
Other groups of students volunteer at the St. Joseph Flea Market where clothing, footwear, and various mechanical and electronic equipment is dropped off. If these items are without ample resale value they're either sent to recycling centers for the disadvantaged or to places where such waste can be converted into secondary raw materials.
School representatives will be officially presented with the award on October 1 in Eureka Springs during a luncheon at the ARC's Annual Conference and Trade Show.