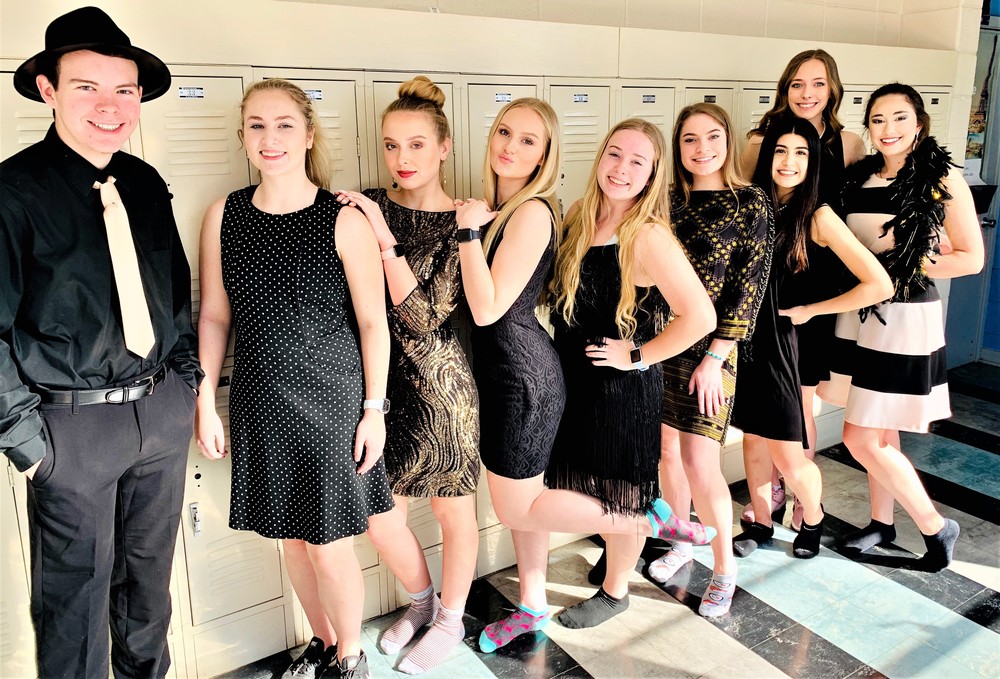 English teacher Alicia Yrle's 11th grade classes recently finished reading F. Scott Fitzgerald's "The Great Gatsby." This classic novel was written in 1925 and dealt with excesses and social upheaval that took place in America of the 1920's. The story has been adapted for the screen four times between 1949 and 2013.
To get into the feeling of those times, Ms. Yrle had her students perform an original scene using such slang as "the bees knees," the cat's meow," "dewdropper," or "hotsy-totsty." They wrote their own scripts and wore clothing of the period while imagining they were attending one of Jay Gatsby's parties.