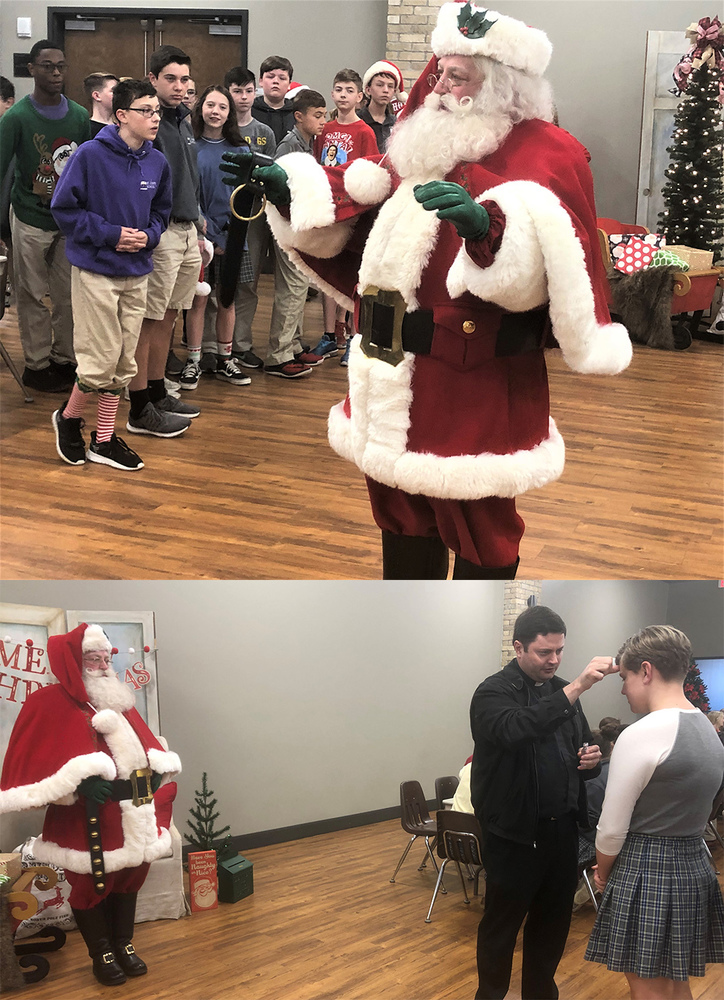 Santa Claus paid a visit to St. Joseph School on December 6, which is also the church feast day of the original St. Nicholas of Bari. He was a 4th century Catholic bishop from Turkey whose legacy includes stories of miracles, acts of goodwill, and anonymous gift giving.
When St. Nicholas died in 343 AD, he was interred in a marble tomb said to emit a sweet smell. His bones also secreted a miraculous manna which was said to have had healing powers. The remains were ultimately moved to a new marble tomb in Bari, Italy where they continue to weep manna. Mixed with holy water and bottled in small glass vials, it has long been believed to be a cure-all.
Santa brought one such vial with him at lunchtime and explained its origins to the students and faculty. Father Tony Robbins then anointed many with the manna. One of them was 7th grader Ella Crowder.