This search form uses an instant search feature. As you type, search results will appear automatically below the search field. When you've entered you desired search terms use tab to navigate through the available results and hit enter to open the selected page or document.
EDIT LEFT

Heavenly Father, remind us that when we pray
“Thy will be done on earth as it is in heaven”
we commit ourselves to do your will,
whatever that may be.

Free us from the temptation to do our own will
rather than your will!

Give those you call to the priesthood and religious life
the courage to embrace your will
with generosity and self-sacrificing love.

Remove their fears
and fill our hearts with gratitude
that despite our unworthiness,
you would entrust to them
a role so great and necessary
in your plan of salvation.
Amen.

By Bishop Anthony B. Taylor
June 2011 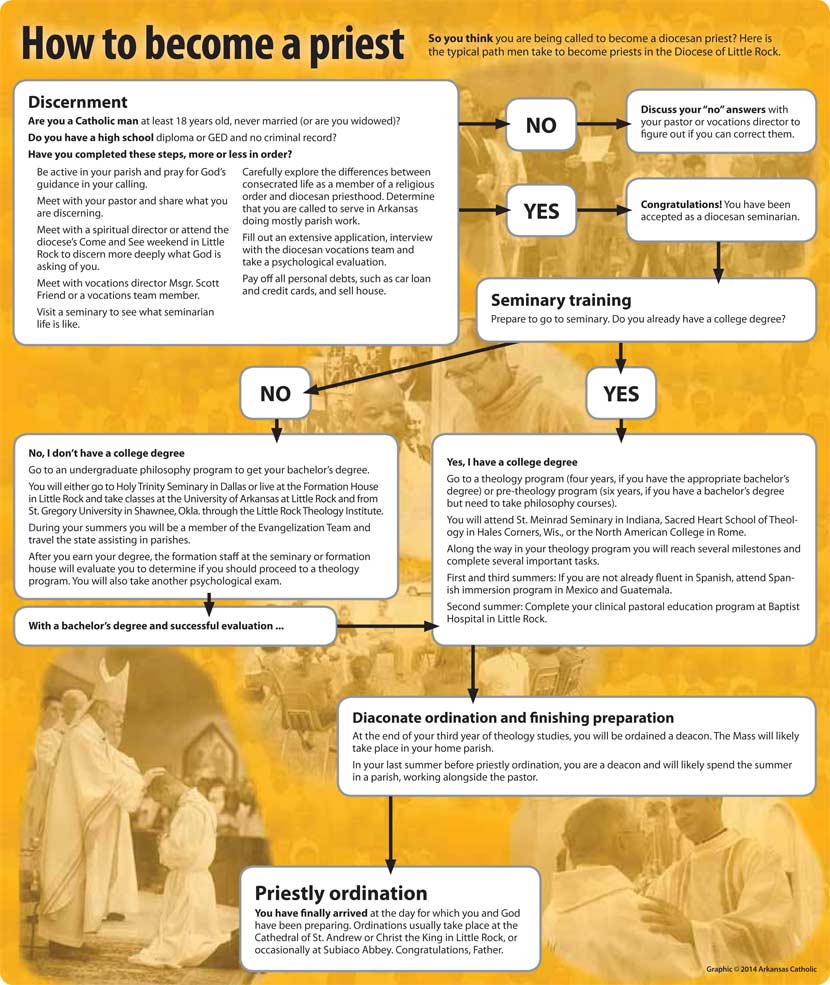 If you would like to talk with someone about becoming a priest, contact:
Msgr. Scott Friend
Director: Vocations and Seminarians Office
Diocese of Little Rock
501.664.0340, ext. 331
sfriend@dolr.org 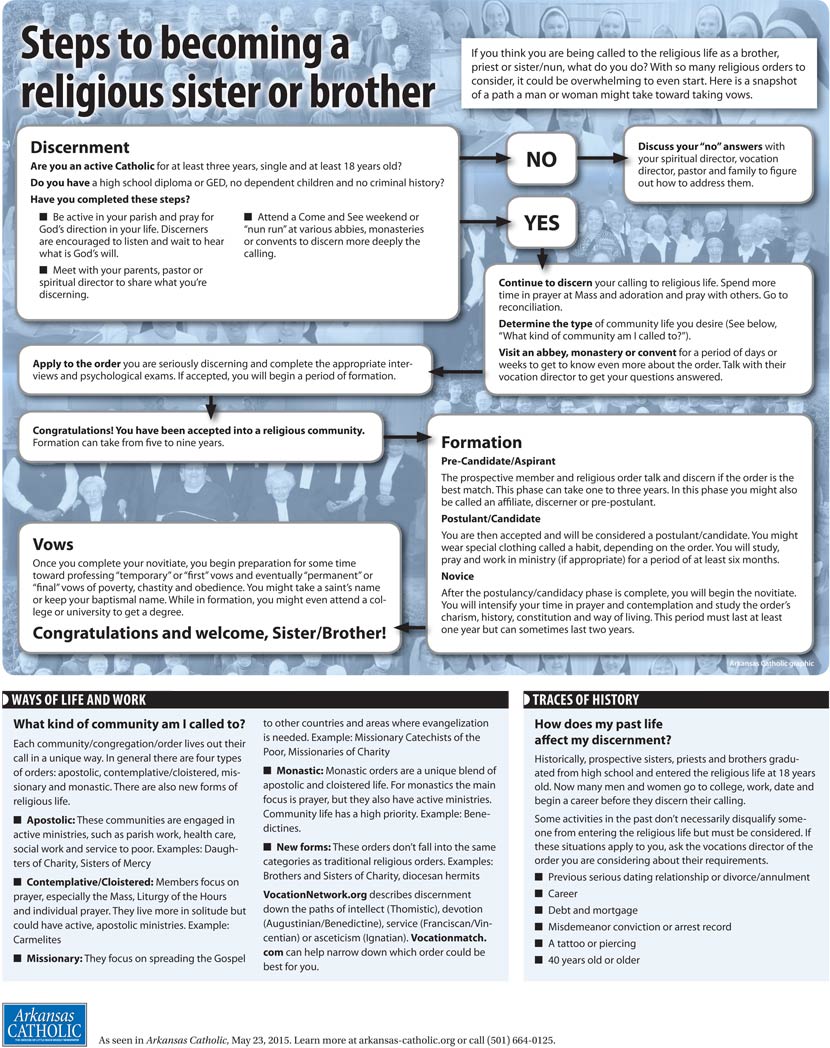 If you would like to talk with someone about becoming a religious sister or brother, contact:
Sr. Mary Clare Benzer
Minister for Religious
Diocese of Little Rock
501.664.0340, ext. 309

How to Become a Religious Brother or Sister
Minister for Religious
Religious Glossary
Religious Order Directory
Where do Religious Serve in Arkansas?